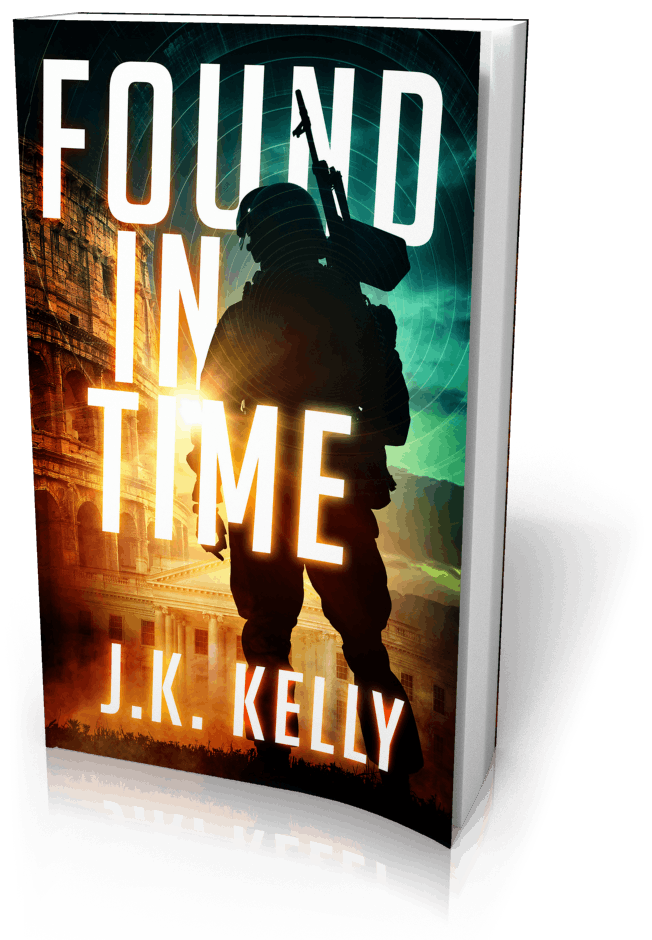 Listen to an Excerpt

The cherry blossoms may have come and gone in D.C., but the late spring warmth was a stark comparison to what they found on arrival early that morning overseas. As U.S. Marine Major James Jackson looked around, all he could see was rubble. The buildings that surrounded him and his T-1 team of six looked just as they did in the photos he’d studied before they arrived, taken just after the war ended. The smell of smoke hung heavy in the air. The only sound they heard came from a hungry dog barking way off in the distance.

The vibrant city had crumpled under the assault of Allied bombers. What had once been a warm and sophisticated city of science, culture, and art was now little more than a shell, a ghost town. But the team had seen it all before, in Iraq and Afghanistan, bombed and burned out buildings.

JJ peeked around the corner at the rear of the Reich Chancellery, and the emergency exit of Adolph Hitler’s Bunker. Just twenty yards away. His heart raced at the realization they’d actually made it this far. The intel taken from the tons of photos, maps and interviews they’d studied was dead on. And not a soul in sight. Other than the remaining loyal Nazis guarding their Fuhrer and his guests.

“Is my eyesight screwed or do you see only five guards?”

“Roger that,” Wilson responded. “My bet is, with everyone knowing the war’s over, most of the Krauts have run off. Only the extreme shit-heads will stay behind to protect the bastard.”

JJ nodded. The briefing had also stated that, by now, most of the German military had run out of ammo and headed for the hills.

On the whispered count of three, five German-made rifles, operated by the most elite 21st-century combat fighters on the planet, and modified with state-of-the-art silencers, took out the guards with simultaneous headshots. They rushed the bunker door.

Taking the lead, JJ was within five feet of the door when it suddenly swung open. A lone guard, returning with steaming hot coffees in both hands, stared at JJ with more curiosity than shock. Wilson opened fire. The guard took one lunging step then went down hard. JJ winced as the ceramic cups hit the cement and shattered.

“Go!” he whispered. And they slid quietly into the bowels of the infamous Nazi lair.

The Midwest Book Review wrote,“A deftly crafted and impressively original military science fiction action/adventure novel by an author with a genuine flair for engaging and holding his reader’s total attention from beginning to end, ‘FOUND IN TIME’ by J. K. Kelly is especially and unreservedly recommended…”

“★★★★★ – I really enjoyed the 8 hours I spent reading this science fiction thriller. It does have a bit of a religious twist. I liked the characters developed in the novel, and the plot ….. I do hope that there are more books to follow with the same characters.”
– John Purvis

“…was a thrilling and riveting story whose historical references and plot twists will take its readers on an intriguing adventure from beginning to end.”
–Austin Macauley Publishers

“I found much to admire in it, particularly the unique plot line.”
–N.Y. Agent