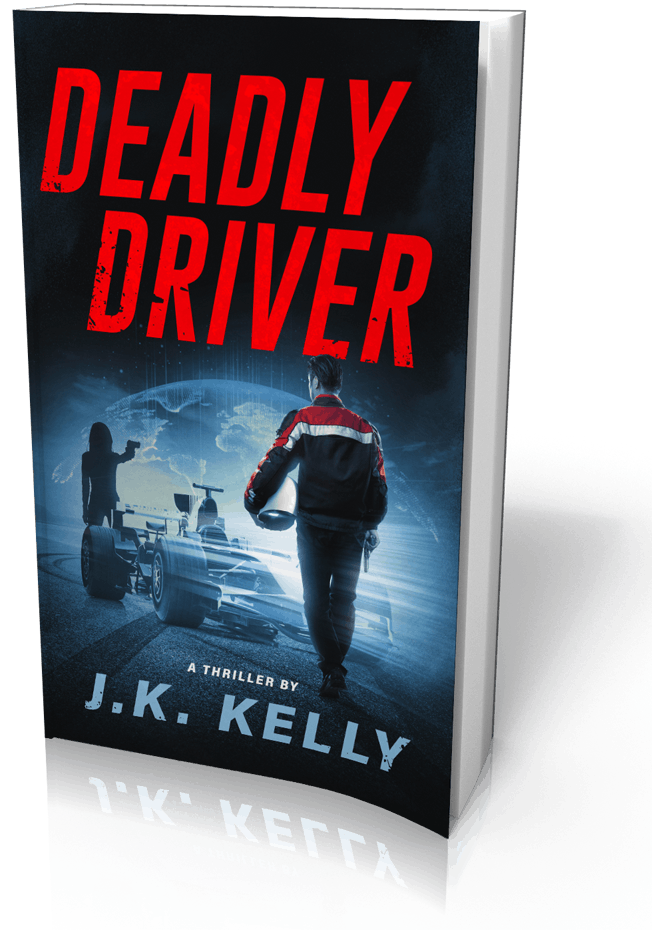 Listen to an Excerpt

The Marriott Marquis hotel is situated on Times Square and surrounded by the sights and sounds that make the area a must-see for anyone able to make it to New York. Just a short walk from Sardis, Bryce managed to use his charm and good looks to get a single room for the night as cheaply as possible. He settled for the windowless room on the third level for $99, breakfast not included, and spent the rest of his night watching Sunday night football and then a motorsports show on ESPN that summarized the weekend’s action.
He steered clear of the mini-bar. Although the Beck’s beer, Pringles chips, and massive Toblerone chocolate bar looked like a party. All-in, they’d add $20 easily to his bill. Instead, he called it a night and looked forward to seeing what the people at the Chowder Society were all about.
Up early the next morning, he prepared for what was in store, figuring out for the first time ever how to use the iron to freshen the shirt he’d had stuffed in his backpack. Once at Sardis, he went up the steps and began walking around the banquet meeting room where three dozen or so men and women of all shapes and sizes dressed from casual in jeans and polo shirts to stylish dresses and tailored suits, were catching up over cocktails. A guest speaker would be introduced and lunch served soon.
Suddenly, someone decided to rain on his parade.
“Sir,” said the maître d’ as he tapped Bryce on the right shoulder. “Sir,” he continued, “this is a private function for members only. You’ll have to leave.”
Bryce overheard someone tell the maître d’ that he reminded them of a young, handsome actor Paul Newman – brilliant blue eyes and all.
“Follow me downstairs, please,” the maître d’ insisted, “or we’ll have the two policemen having coffee at the bar help find your way out the door.” The man was just doing his job, so Bryce relented.
“If you are here to make connections in the movie business you are in the wrong place,” the man told him as they reached the landing. “That group is into fast cars and auto racing so you are trying to crash the wrong party.”
“You didn’t know Paul Newman was a racer, too?” Bryce offered, but it was too late.

TO CONTINUE READING, CLICK HERE TO ORDER DEADLY DRIVER IN PRINT, LARGE PRINT, KINDLE or as an AUDIBLE book AMAZON.

“Deadly Driver has more twists and turns than Monaco, all of which keep it interesting until the chequered flag. Could be considered a gateway to F1 for non-race fans.” AUTOSPORT

“It was gritty, brutal, propulsive, and had an American James Bond feel to it. A well-crafted thriller. I loved it.” CE ALBANESE, U.S. Secret Service, Retired

“Enjoyed it a lot. Very interesting plot and themes and very different to most, ‘racing books.’” DAVID HOBBS, F1 Commentator for NBC and former driver.

“I loved the mixture of racing and the roller coaster mystery while intertwined with the travel,” RON CAPPS – NHRA Funny Car Driver, 2016 World Champion.

“Deadly Driver” is a well-written adventure story with a dashing protagonist cast in the James Bond mold – a mouth-watering, jaw-dropping, mind-bending world tour of F1.” LACAR.com

“This thriller provided exciting and unexpected intrigue from behind the scenes in Formula 1. It captivated me and I couldn’t wait to turn every page.” JUDY STROPUS, 2021 Inductee of Motorsports Hall of Fame – America

“A true original among spy thrillers and a must-read for race fans.” BestThrillers.com