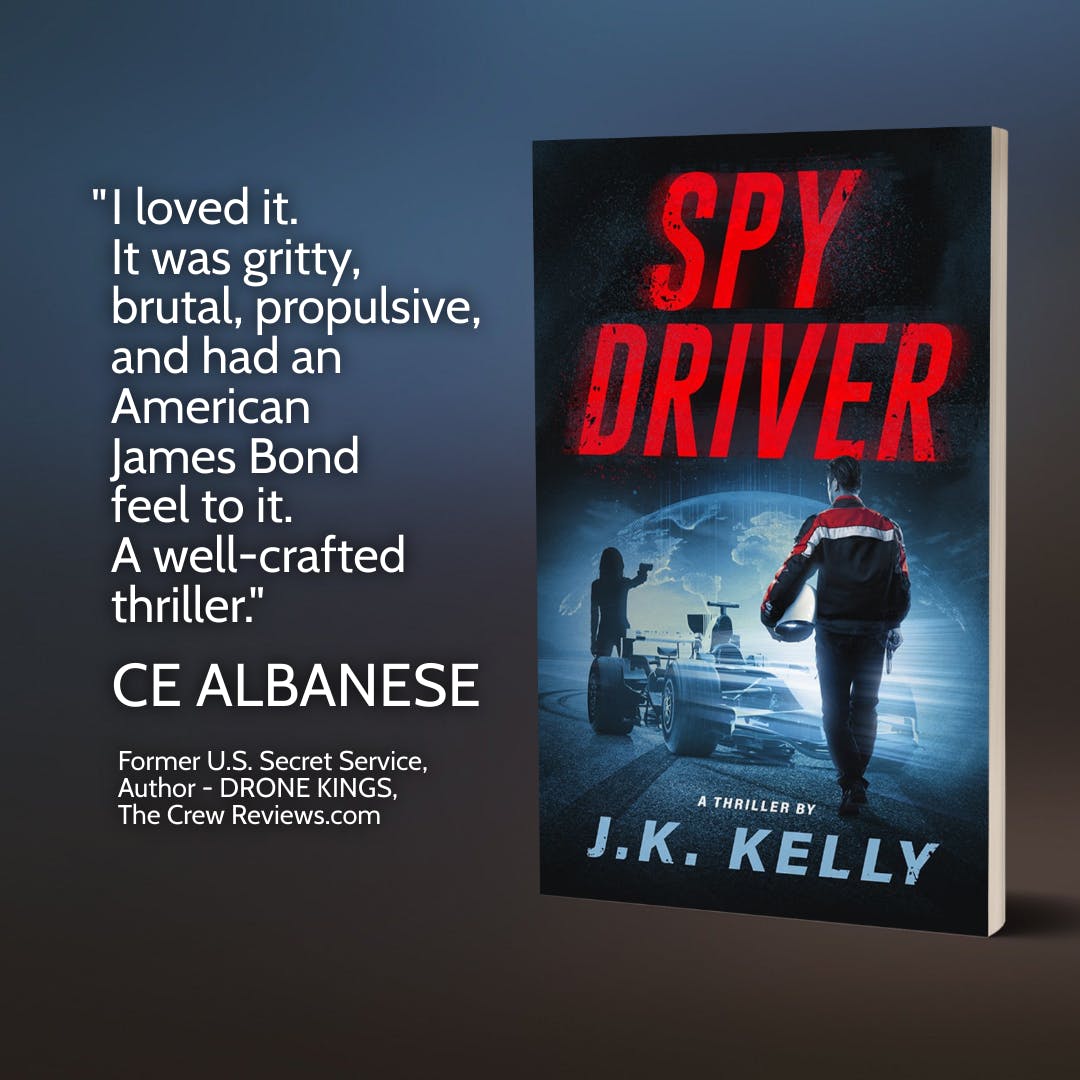 “There are a lot of great thrillers out there that cast the protagonist as someone from Special Forces or federal law enforcement,” Kelly said. “I took what some have said is a talent for writing fast-paced thrillers and created a world champion left holding the gun, the bomb, a few bugs, and a broken heart.”

Former U.S. Secret Service Agent CE Albanese wrote, “A well-crafted thriller. It was gritty, brutal, propulsive, and had an American James Bond feel to it. I loved it.” Journalist Kelly Wade wrote, “Captivating from the start. What an adventurous, suspenseful and intense story, laced with sardonic wit and intriguing characters. A great read!”

Kelly worked with author/editor Ryan Steck in developing two earlier novels, THE EXPORT and THE EXPORT’S REVENGE and has just completed the third of that series, THE BLOOD COMPASS. His other titles include FOUND IN TIME, THE LOST PULSE, FUELIN’ AROUND and DEADLY DRIVER.

SPY DRIVER is now available in multiple formats on Amazon as well as Barnes & Noble, Kobo, and many other popular book sources around the world. For more information, to request interviews or review copies contact Lisa@JKKelly.com or visit JKKelly.com

To read more reviews or to find out just what SPY DRIVER is about click here.