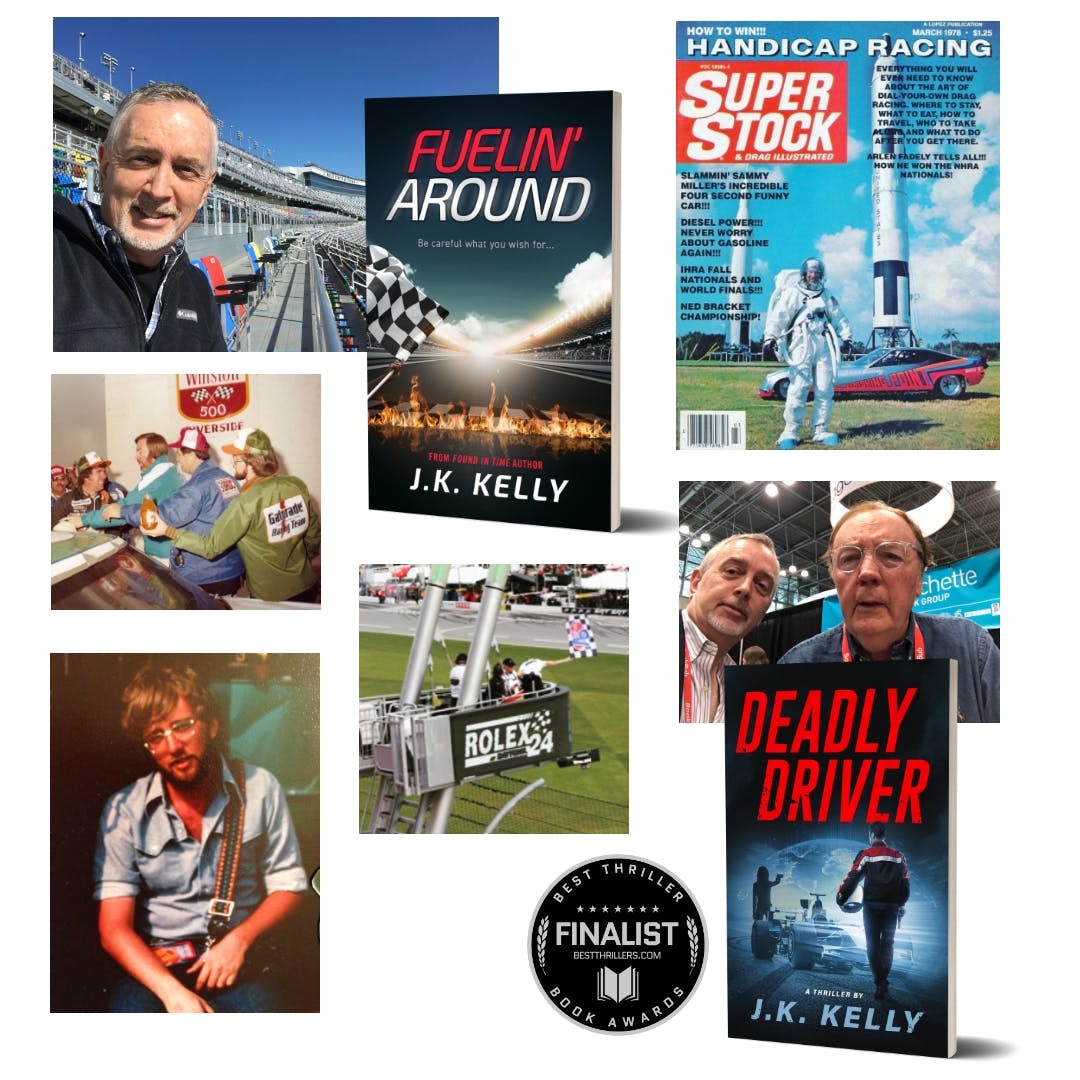 JK Kelly spent a lifetime working in various capacities in motorsports beginning with freelance writing and photography for auto racing magazines. He pitched the idea to his editor of shooting Sammy Miller’s Vanishing Point rocket-powered funny car at Cape Kennedy. He was told, “If you can make it happen, go for it” – so he did. Traveling to races on weekends while attending Penn State began to take its toll. Eventually JK had to decide on college or a real job. After watching Richard Petty & David Pearson’s incredible finish at the ’76 Daytona 500 JK knew where he wanted to spend the rest of his life – in motorsports. JK worked with Darrell Waltrip’s DiGard/Gatorade 88 NASCAR team as their P.R. Director and then teamed up with the start-up VP Racing Fuels and the rest is history – as told in the novel FUELIN’ AROUND. With his knowledge and experience in global motorsports JK then wrote the popular Formula One/CIA spy thriller DEADLY DRIVER.

Since then JK has been working with a great number of contacts in the film and television/streaming industry to develop “Driver” to a much broader, global audience. To that end, this October 18th, JK will launch SPY DRIVER. From the first page it’s almost “lights out” in a violent rally car crash and the thrilling adventure and non-stop action takes off from there. SPY DRIVER will be available in paperback, large print, Kindle, Nook, and Audible formats. If you’re attending the SEMA Show in Las Vegas be on the look-out for JK and this next exciting edition.